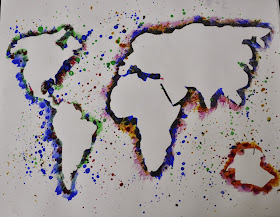 This week, I began studying geography with my sixth graders. We began by reviewing the world's continents and oceans, and I wanted to do an art project that could help consolidate our learning. I love projects that utilize negative space, so I thought it would be really fun if students did negative space maps of the world!

I began by printing copies of this map for each student onto 11x17 paper.

The first thing they had to do was cut out  their map pieces and tape them down to a sheet of white paper. They used two to three balls of masking tape per section of map. 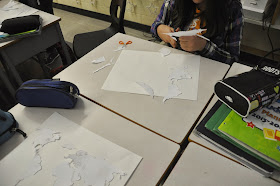 My favorite part about the cutting was the geography language they were using - as they were working, they were saying things like "which direction does Australia go?" "Should South America be touching North America?" "How far away should Europe and Africa be from North and South America?" For a group of students who were using an atlas at the beginning of the week to label a map of continents, it was SO neat to see them using what they had learned and putting it into practice!

I told them not to worry about little islands or details, because they were so small that taping them down with a ball of tape would be nearly impossible. I just encouraged them to use their best judgement as to what to include.

Here's what the maps looked like after they had taped them down (watch out for Greenland!) 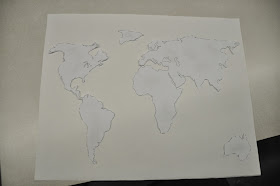 Once they've taped down their pieces of continent, they can start stippling. We used tempera pucks to paint. Students held down their continents with their fingers, so that paint wouldn't leak underneath their map pieces. 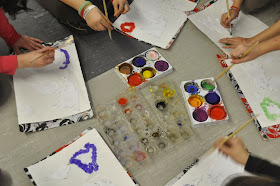 The stippling takes about 15-20 minutes. It's really important that students not worry about perfection. The thicker the lines and the more variety in paint color, the neater it will look. I kept reminding my students to make it look like an explosion of paint! 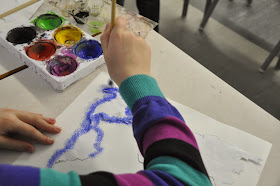 After they've stippled all around the continents, they can add additional paint markings, and splatter all over the entire map. 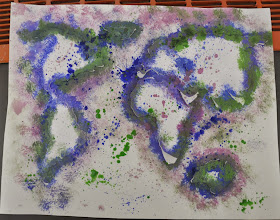 Once the paint has dried (usually in the about of time it takes them to clean their brush and wash their desk) they can remove the paper cutouts of their continents, and enjoy their beautiful art! 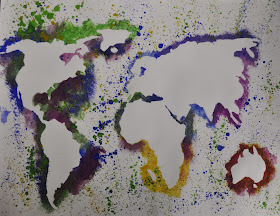 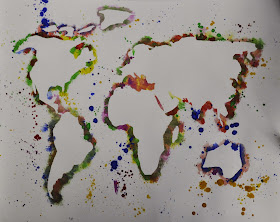 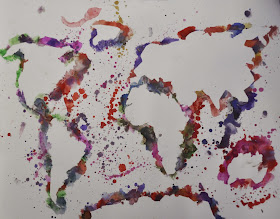 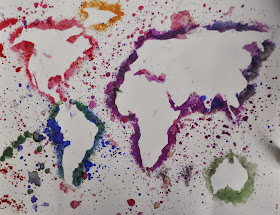 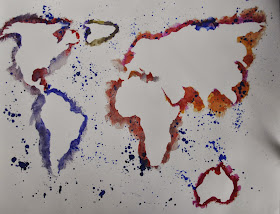 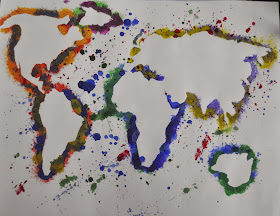 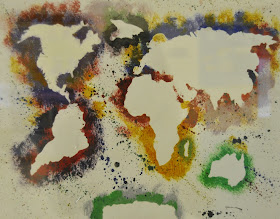 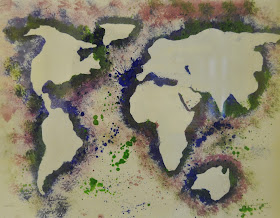